You do all you can to perfect everything for your children’s sake. In spite of your best efforts, you still make mistakes resulting to some epic mom fails here and there.

That is because no one is ever perfect. Not you and neither am I.

“There will be so many times you feel like you’ve failed. But in the eyes, heart, and mind of your child you are Supermom.”

This page may contain affiliate links. In the event of a sale, I may receive a small commission at no extra cost to you. Read my full disclosure policy for more information.

Jump to the Section You Need

However, we are only human (Though we think that we are superwomen at times!) and we make mistakes. Those mistakes don’t make us less of the striving parents that we are.

So, to start it off, let me share one of my most recent epic mom fails. Here goes…

One early morning around 5:30 am, the kids and the husband were still sleeping so I poured myself a cup of freshly brewed coffee, sat on the couch, and worked on my website for a good 45 minutes.

At around 6:15, I decided to take a shower as my hospital job would start at 7 AM. I left the coffee on the shelf and forgot about it.

After my shower, everyone was already awake. Time for everyone to get ready then! Getting my little girl ready is easier so I always take care of her first. I take care of my first-born little boy right after her.

While I was getting my little boy ready, my husband started raising his voice, telling my baby girl off for spilling the coffee! It flustered me and I immediately helped my husband clean the mess. It was all cold now, so it didn’t really worry me a bit. I just got mad at myself for leaving it on there.

A Drink of Cold Coffee

Time for work came, my husband put them in their car seats while I was doing some more last minute house business and then we left.

We got to daycare and I saw coffee stains on my little girl’s mouth, around her lips and down to her chin!

She had a drink of my cold coffee!

I told the daycare provider about what happened and we just laughed about it. We jokingly said that if Baby V started to act a little hyper than usual, that was probably because of the coffee.

Bad parenting moment right there! What a mom, huh!

~ Yours truly of The Upward Blip

5 of my mom friends gamely chipped in their fair share of epic mom fails as well.

If you got one, you are always welcome to tell us your story on the comment section below. So relax, get yourself a cup of coffee or tea, and read up.

Here are my friends’ stories:

The Best Option for Now

I can’t remember exactly how old my daughter was. I think she was around eight or nine months old when this happened.

My daughter hated the crib. She absolutely hated it! If I try to put her in the crib, she would do nothing but scream.

So even though I was always against co-sleeping before I became a parent, I quickly decided that that would be the best option since we both needed our sleep.

It always went well for the most part and I took precautions, but my bed is quite high and I did not have a guard rail on at the time.

The Big Thud that Scared Me

We had a pretty rough night and my alarm went off early in the morning. I had to go get ready for work so I got up to take a shower.

I almost never left her in the bed alone, but I thought she would be OK since she had just fallen back to sleep and normally she didn’t move around very much.

(So) I took my shower and when I got out, I heard this big thud.

A few seconds later I heard her crying very loudly. I just ran into my room and picked her up and started hugging her. I kept checking for bumps or bruises or anything that could be wrong with her.

A couple minutes later she calmed down and seemed to be completely fine. I was so worried for the rest of the day and kept watching her to see if anything was wrong.

I didn’t even want to tell anybody because people think I was a horrible mother and wasn’t keeping her safe. She was fine in the end, but that really scared me.

I never left her alone and there again.

Eventually at around 15 months, she finally transitioned into her own bed and sleeps wonderfully in there now.

I don’t regret co-sleeping at all. I think it has lots of benefits, but I definitely learned my lesson.

If I do that again, I will definitely get guard rails.

~ The Rose of A Flourishing Rose

My most epic mom fail happened a week ago. I let my 4-year-old son Mckoy play with my phone as I have an online class at that time.

Later that evening, while checking my emails I received several emails from Amazon thanking me for movie purchases.

I have to re-budget again after the incident. (Laughs out loud)

One day, when my son was a toddler, we visited Target for the first time. As we’re approaching the store, my son yells, “Ball!” and bangs his forehead on the red, concrete, Target ball.

He, of course, starts crying loudly and pathetically. I had another toddler on my other hand, so I’m trying to comfort him the best I can and hold him with the one arm while not losing the other child.

The reason that this was (an epic) mom fail moment is because the spectators decided to take out their phones (and) take videos instead of finding a way to help.

I can’t go to Target without thinking of that day.

~ Missy Pea of In Our Pond

Mornings were such a challenge

There have been so many “epic mom fails” for me in the last 21 years! One that is funny now (but wasn’t then!) is also a morning story. My son was in the fourth grade at the time and with his ADHD/ODD, the mornings were such a challenge.

The Police got Involved

On this particular morning, it was raining and my patience was extra thin. My son was giving me an especially hard time getting out the door that morning too.

I started tossing his clothes to him and raising my voice for him to get dressed, as I was starting to run late. He kept talking back to me and my anger was rising.

By the time I tossed his gym shoes to him, I accidentally tossed one of the shoes a little too hard and it landed on his nose and bloodied his nose. I immediately felt guilty and told him I was sorry.

The next thing out of his mouth was that he was going to tell the teacher what I did and have them call 241-KIDS.

This made my blood boil even more being threatened like that!

So, I called his bluff and took him to the police station myself. When we got there, he didn’t want to get out of the car but I made him. I was not going to receive a call later from the authorities!

Thank goodness the officer listened to both of our stories. I expressed how embarrassed I was. My son told the officer how mad I made him.

I realized I had lost my temper and had gone a little too far that morning and that wasn’t my best parenting moment.

After that, I made a concentrated effort to not let my emotions get that out of control.

Parenting is hard enough but when you had behavior issues into the mix, it can quickly become a parenting tornado!

~ Anna of My Tenacious Life

I dropped my boys off for mom’s day out. (Unfortunately) I forgot to pack bottles for my infant or a lunch for my toddler. It was a 40 minute drive back to the house! So I had to search for a grocery store to get them food. I’m blaming that on the 3 hours of sleep I got the night before.

~ Mary of My Beautiful Mess

Now this post is not meant to mock or humiliate. I wrote this to remind you that it is okay not to be perfect. Even the seasoned ones commit mistakes.

Making epic mom fails is inevitable. We can always try to be perfect, but no one will ever be.

As for me, I am satisfied with keeping my kids happy and alive. At the end of the day, that is all that matters.

I get you, Mama! Hang in there. You got this.

Talk to you soon,

Epic Mom Fails: I get you, Mama!

Expecting? Let me help you prepare for your new bundle of joy! 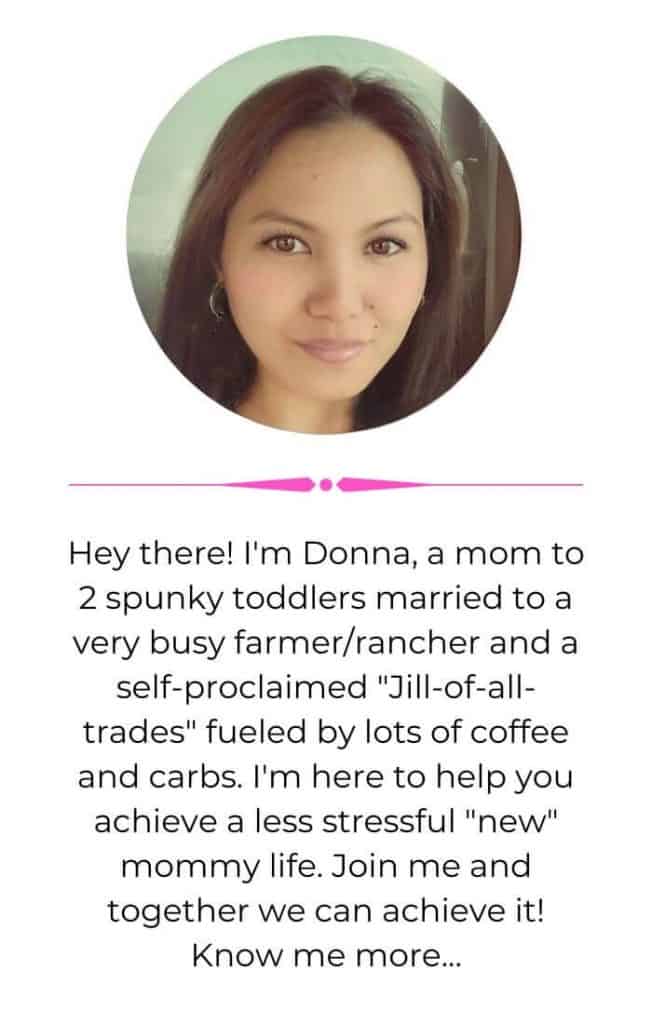 Want to prepare for your baby’s arrival in a stress-free way?

Want to prepare for the arrival of your baby in a stress-free way?