Some of the links in this post are affiliate links. This means that if you click on it and purchase the product, I may receive a small commission at no extra cost to you. Please know that I only link to items I truly believe in. Kindly read my full disclosure policy for more information.

Show me some love please!

Baby names! What are your favorite baby names? Did you get to use them with your kids?

I have a few favorites and fortunately, I got to use 2 of those beautiful baby names with my kids in spite of a family tradition I follow.

On my dad’s side of the family, we have a tradition.

Growing up, I told myself that I would diligently follow that tradition to make the elders in my family happy.

As soon as I knew I was pregnant, I immediately tracked the last letter used for naming the family’s newborn babies.

My dad’s parents started the tradition.

I read in a book once that a rose by any other name would smell as sweet, but I’ve never been able to believe it. I don’t believe a rose WOULD be as nice if it was called a thistle or a skunk cabbage.

The practice (though not followed by everyone in the family) was to name the newborn immediate members of the family a certain way with the alphabet as the guide.

It is done by skipping a letter. So not all letters of the alphabet will be used and there will be repeats.

Do you get the drift now? I hope so. It is not easy explaining this matter, you know. (*winks)

To top it all off, my mom has this superstitious belief of naming her grandchildren with just 18 letters including the last name!

She is claiming that it will bring them good luck!

I don’t know, but I really tend to follow everything my parents tell me even at 36. That’s the Asian in me, I guess.

To cut the long story short, I needed to find beautiful baby names that would sound awesome without forgetting to follow a family tradition and a superstition.

All these pushed me to do an exhaustive research on baby names and their meanings.

Scary Mommy has a really good baby name database, if you want to check it out. Behind the Name has an extensive list too.

I have an account with Babycenter and they have an array of amazing baby names to choose from as well.

I found a few I fell in love with. Some were pretty unusual, a few were a little common, and a handful of them were quite popular.

Unfortunately, not all these names could be used as first names for my kids because of our family practice.

Related: How to Trim your Baby’s Nails like a Pro

Amazing Baby Names with their Meanings

Some of these pretty baby names can be used to name both genders. See what is best for your little ones and go with it. It will feel and sound right.

Without further ado, here they are:

Rocco is an Italian name. Its root word is “hrok” and it means “rest”. It is of German origin as well.

As you have noticed, it is number 1 in the list because it just screamed masculinity for me.

Let’s just say I named my little boy Rocco because of this. (The real reason is not that at all! Ha! My husband is of Italian and German descent.)

Don’t you love the sound of it? It sounds exceptional. It may be gaining popularity a whole lot more these days, but I still find it very unique in a way.

In different countries, Kai has different meanings. However, I was drawn more to the Chinese meaning of it as Kai means “victory” to them.

(Again, it is because my husband is a son of an Italian-American.)

Franco is the Italian equivalent of Francis, which is derived from a Latin word meaning “Frenchman”.

Fun trivia: Did you know that the French people are called Franks in the ancient times? (Now you know! Ha!)

The Franks were a Germanic tribe (See the pattern here? German! My mother-in-law is German!) They later transformed into the French people.

There is really nothing grand about Krew’s name meaning as it only means a group of people, but I really think it is trendy and preppy.

A perfect name for a fashionable little boy! Change “c” to “k” and you get a cool variant of the word crew.

If  you want to keep it traditional yet unique, you can always pair this boy name with a classic middle name.

Sloane is a unisex name. It works great for both boys and girls, but I like it better for a boy.

In Gaelic, it means “warrior”. The Celts have Sloane written in the books as a “fighter” too.

Now that is the very reason why I want it for a boy. It has masculinity written all over it, don’t you agree?

According to the Merriam-Webster dictionary, mico is “a black-tailed marmoset (Callithrix melanurus) of tropical South America”.

If you are wondering what a marmoset is, it is a kind of South American monkey. Who wants to name their boy after a monkey? Not me.

So, I dug some more and found out that Mico is a chief or a ruler among the people of the Creek Confederacy and some of their neighbors in the mid-18th century.

Costas is really a nickname. It is a short form for the Greek name Konstantino.

We are more familiar with Constantine though. It means “steadfast or constant” in Latin.

If you ask me, I will say that is one hell of a meaning.

Wyatt is of English origin. It is an alteration of a name from the medieval times that means “brave or tough in war”.

That is most definitely masculine-sounding, don’t you think?

The bible mentioned Gideon as a hero. He was a military leader who defended the people of Israel against the Midianites.

You will be giving your kid a favor if you name him or her after one fearless and courageous leader, right?

Milo is a derivation from the Latin word “Miles” which means “soldier”. (Yes! Again! I know!)

If you are looking for a different meaning of it, Milo in English means “merciful”.

Don’t you want to tell people that?

I named my little girl Vienna (She turned 1 in June.), so I am a little biased with this one.

It is beautiful for me no matter what other people say.

My friend Lori told me it sounds like royalty. I just beam every time I am reminded of that comment.

It was not my first choice, but my husband really wanted it.

Quite honestly, I have grown to love it more and more each day. It suits my little girl, I tell you!

Vienna, as we all know, is the capital city of Austria. It is dubbed as the “City of Music” and the “City of Dreams”.

It’s kind of like my daughter. Music and dream rolled into one.

If you would want your little girl named with a baby name that is not only beautiful and amazing but graceful and lovable at the same time, go for Arabella.

It just rolls off the tongue, don’t you think?

Everybody wants everything beautiful and don’t you ever deny that!

Related to the names Blanche and Blanca, Bianca means “white or fair”. It can also mean “shining”. In addition, it is an Italian name.

Delaney is a beautiful name of English origin with French roots.

While studying this name, I found out that it can mean “child of dark defiance”.

I am not so crazy about that meaning but really love the sound of the name, so I decided to research some more and came across a much better sense.

It said this name can also mean “dark challenger”.

Now that is so much better!

Expecting? Get discounts and a free welcome box when you start a baby registry on Amazon.

This name is of Latin and Italian origin which means “star”. Should I elaborate? That’s what I thought!

Ora is of Hebrew origin which means “light”. Originally, I intended to have this as a middle name for my little girl.

However, her name would not be 18 letters all in all if I ever did. So I went ahead with a 2-letter middle name instead. (I didn’t want to disappoint “the mother”!)

I am assuming everyone knows that Luna, in Latin, means moon. It is going to be a pretty name for your little girl. Trust me.

Isn’t it nice to be telling people you named your daughter Luna because she is your light when you are feeling dark? (Ha! Sounds corny, huh? Ugh! I don’t know about you!)

Reina is the Spanish term for “queen”. Need not say more!

The first thing that comes to mind when someone mentions Coco to me is the ever-fashionable Coco Chanel.

Initially, this was only a nickname for the French name Nicolette.

Now, more and more parents are slowly baptizing their little girls with this name.

I must admit, it is brilliantly distinctive.

A variation of Isabel, Isabella is of Italian origin meaning “devoted to God”. Isn’t it lovely?

The best part of both my pregnancies was actually researching for charming names and their meanings.

If you think there is some more meaning to these names that you want to add, reach out to me at theupwardblip(at)gmail.com.

I personally check all my emails and I reply quickly most of the time too.

Talk to you soon,

P. S. Please don’t forget to look around and check out some of my other articles related to motherhood and baby.

To thank you for stopping by, download this free Baby Name Checklist here.

Show me some love please! 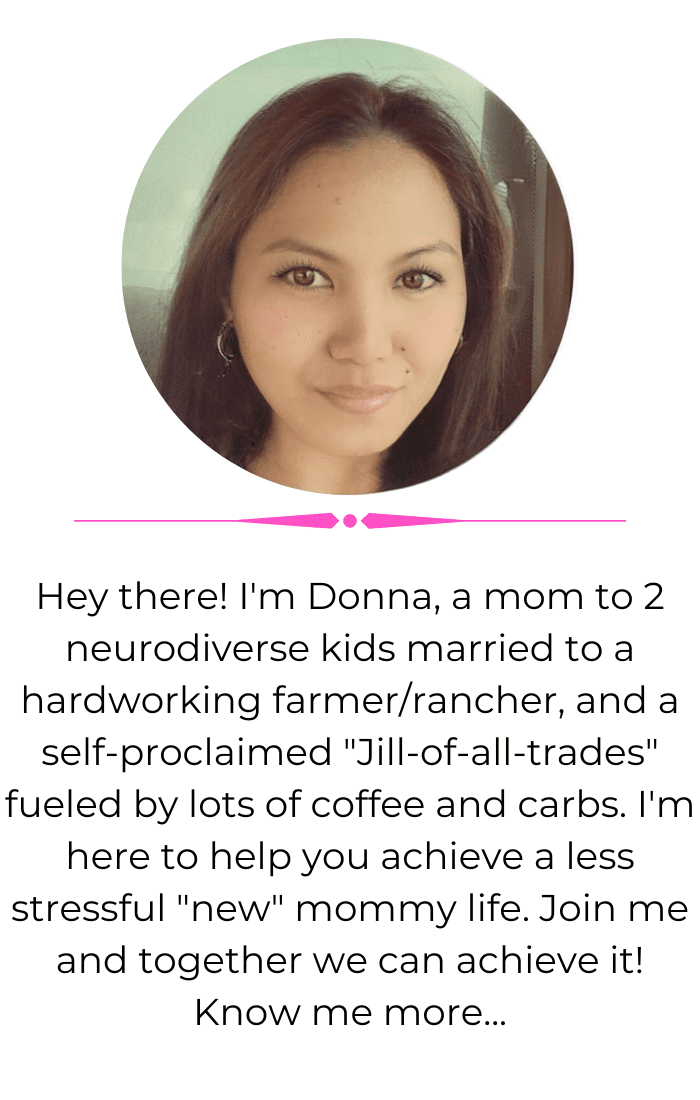 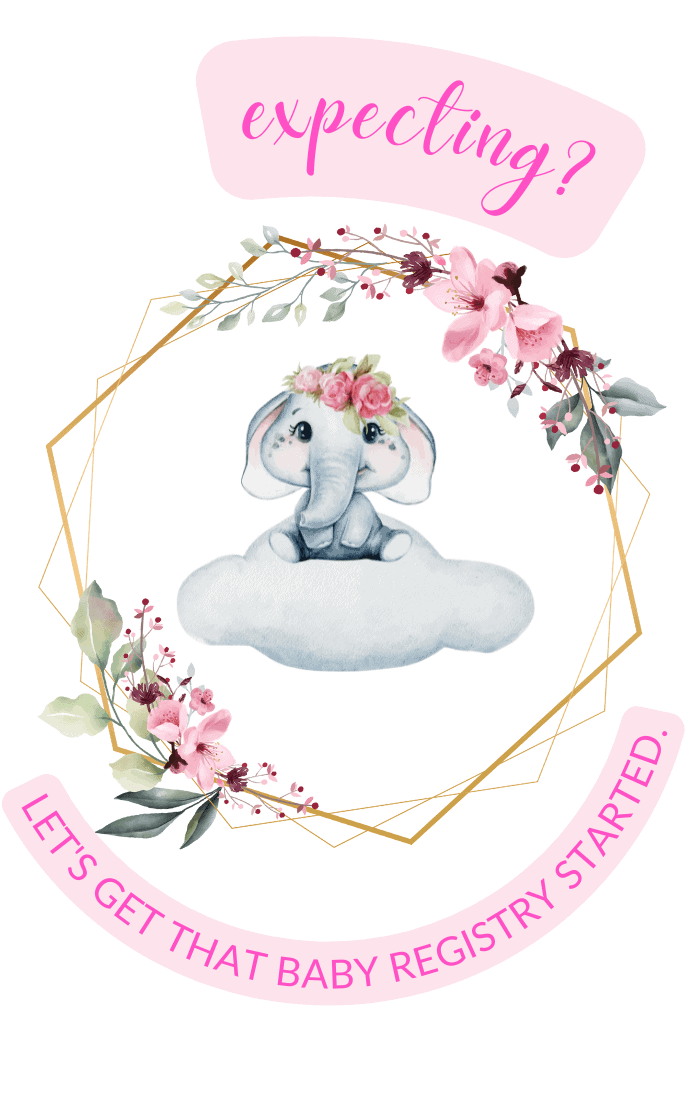 Check out this 85-page pregnancy planner packed with all the information you need during pregnancy and beyond made by a labor-and-delivery nurse! Snag one here!

Birth prep on the brain? The Mommy Labor Nurse free birth plan template is the pick of the bunch! Grab it here!

Reach your lactation goals! Be a confident and empowered milk-makin’ mama with these online classes by Milkology! Enroll here!

You can find out more about which cookies we are using or switch them off in here. 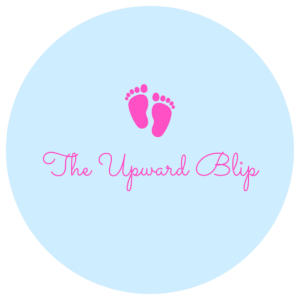 This website uses cookies so that we can provide you with the best user experience possible. Cookie information is stored in your browser and performs functions such as recognizing you when you return to our website and helping our team to understand which sections of the website you find most interesting and useful.

Strictly Necessary Cookie should be enabled at all times so that we can save your preferences for cookie settings.

If you disable this cookie, we will not be able to save your preferences. This means that every time you visit this website you will need to enable or disable cookies again.